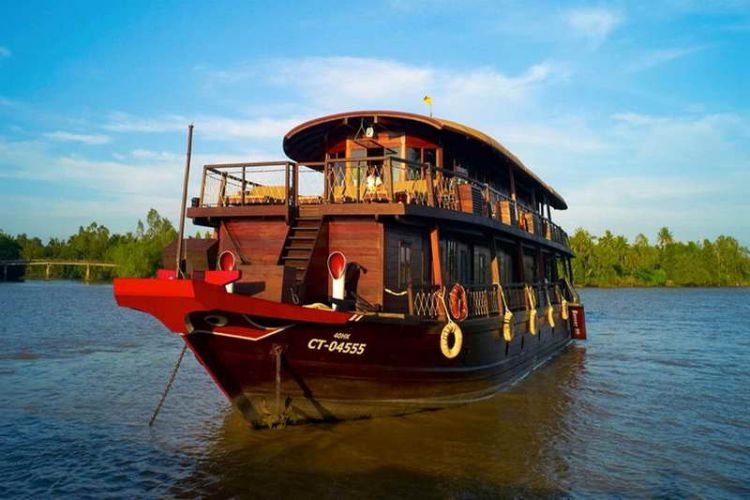 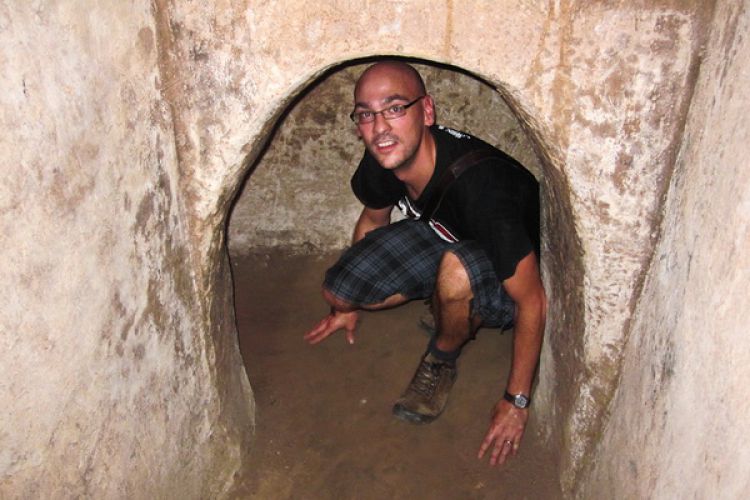 This is one of our best selling golf itinerary for golf enthusiasts who want to experience the best 2 golf courses and city life that Saigon has to offer. The tour features 2 following courses: challenging and scenic Long Thanh Golf and the last one is the East Course at Song Be Golf Course.

Your private tour of Southern Vietnam starts on arrival at Tan San Nhat (Saigon) Airport you are met and transferred to your hotel. Overnight in Ho Chi Minh.

Your vacation begins with breakfast in your hotel, followed by a guided tour of some of the most important attractions in Ho Chi Minh City, beginning with the Reunification Palace, which was the former residence of the Southern Vietnam President until the end of April 1975. Close to the palace are some striking French colonial structures including the Notre Dame Cathedral and the Old Saigon Post Office. You'll also visit the Jade Emperor Pagoda, one of the best examples of Taoist temples in Vietnam. After your own lunch you'll be driven to the Cu Chi Tunnels, an incredible underground network of approximately 200km constructed by Vietnamese fighters during the long struggle for independence. The tunnels contained hospitals, accommodation and schools, and were used as a military base for the Viet Cong in the American War. Overnight in Ho Chi Minh city. 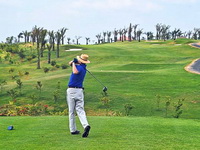 Featuring rolling fairways and large undulating greens, with many high lipped bunkers and water hazards on almost every hole to catch errant shots; the Long Thanh Golf Club is the epitome of golf in Vietnam. Fairways are palm and pine tree lined to ensure green conditions throughout both the dray and wetter periods. Fairways and tees are constructed from Paspalum grass and greens use the latest variety of Tifdwarf Bermuda grass. All 36 holes at this wonderful Vietnam golf course have their own character shape and this wide variety makes for good challenges for both high handicappers and professional golfers in Vietnam. Included: round trip transfer in private transportation, Green fees, Candies fees 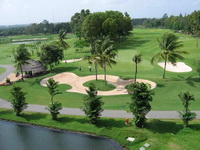 Song Be Golf Resort in Ho Chi Minh now has 3-Nine holes course, the Lotus Course, Palm Course and the newest and most demanding addition – the Desert Course. Vietnam golfers are impressed at the sheer beauty of the natural landscape as they attempt to take on the challenges presented by one of Vietnam golf's most exciting championship layouts with 27 holes. Each golf course has its own uniqueness and challenges featuring many lakes, natural bush reserves and large undulating greens. The most challenging of all these Vietnam golf courses is the Desert Course with long and narrow fairways, an array of complex bunkering and abundance of sand that requires a high degree of straight hitting and strategic thinking from golfers on a Vietnam golf vacation. Included: round trip transfer in private transportation, Green fees, Candies fees

In the morning we take you to Can Tho or Cai Be. You board your comfortable wooden river cruise vessel around noon. After a refreshing welcome drink we show you our on-board facilities and your cozy cabin. As lunch is served, the boat starts cruising. Sit back and watch the fantastic scenery and the daily life of the Mekong people. In the afternoon you can disembark for a guided leisurely stroll through a village and the surrounding fruit orchards or rice fields. Meet the friendly locals and taste the local produce and fruits. Get back on board and enjoy a drink at the bar or relax on deck as the sun sets over the magnificent water landscape of the Mekong River. The cruise boat will anchor for the night. The day ends with a delicious on-board dinner. You stay overnight on board your floating hotel in the Mekong Delta. 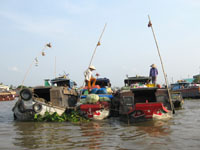 Wake up well rested to the sound of the river and get ready for another exciting day of sightseeing in the Mekong Delta. At 6.30 am the cruise vessel sets off for a sunrise cruise. Watch the locals go about their daily work drying exotic fruits and building ships on the wooden yards while enjoying an early breakfast. After breakfast, we will board a sampan boat to Cai Be or Cai Rang floating market, the region’s busiest and most lively markets. Marvel at the sheer abundance of exotic fruits, vegetables and skillfully handcrafted regional products. We will pull up to the boats for talking and bargaining with the merchants. We will also visit some of the local candy and cake making factories or boat through the green water landscape to see local houses, verdant orchards and ship-building yards. N.B: The floating markets in the Mekong Delta are no tourist markets but wholesale markets where produce of the Mekong Delta like fruits and vegetables are traded. For this reason the number of boats on the market fluctuates depending on harvesting seasons and market demand. Furthermore, modern wholesale markets are becoming more popular in Vietnam. This can result in decreasing numbers of boats being present on the markets. After brunch on board (Can Tho) or lunch at Mekong Rest Stop near My Tho we will take you back your hotel in Saigon.

There is some time free on your own before transfer to airport for departure, trip ends upon arrival at airport.