The city is a bustling metropolitan area and the economic center of Vietnam with many historical sites and the French colonial architecture, the city is filled with charming sites to visit, combine this with the 21st century skyscrapers, Ho Chi Minh City is truly a mixture of history and future in one. 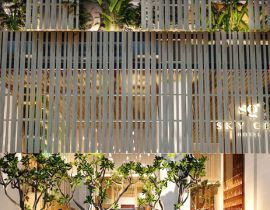 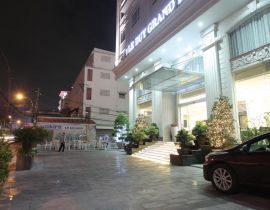 Le Duy Grand Hotel nestel close to the heart of Saigon, and has been consistently rated one of... 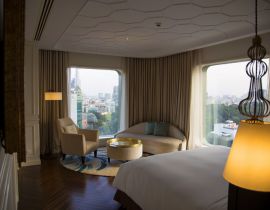 Conveniently located in the city centre, Hotel Des Arts Saigon is only 2 minutes away from the... 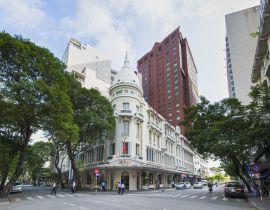 One Of The Oldest Hotels In Ho Chi Minh City Since 1930 and completely restored in 1997, nestled... 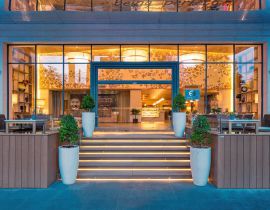 Located in the heart of District 1, just steps from one of Ho Chi Minh City’s oldest parks... 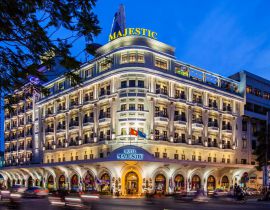 Since 1925, Hotel Majestic Saigon has occupied one of the finest locations in Saigon where... 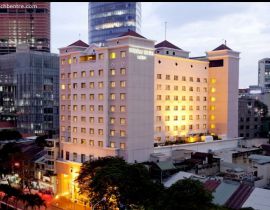 Located right in the heart of Ho Chi Minh City, on the picturesque and vibrant Nguyen Hue... 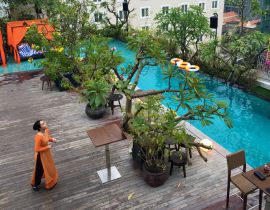 The best time to visit Ho Chi Minh city runs from December to April in dry season when the sky is clear, the land and scenery are incredibly lush and ..More

The best time to visit Ho Chi Minh city runs from December to April in dry season when the sky is clear, the land and scenery are incredibly lush and the waters on the Mekong Delta are very calm.

Ho Chi Minh (Saigon) known as commercial city of Vietnam or a Pearl of Indochina. Truly when you are here a lot of activities going on with history related
More

Eating is one of the top thing to do when traveling and there is nowhere to immerse yourself in the exquisite flavours of Vietnamese cuisine than right here in Ho Chi Minh City. Ho Chi Minh ..More

Eating is one of the top thing to do when traveling and there is nowhere to immerse yourself in the exquisite flavours of Vietnamese cuisine than right here in Ho Chi Minh City. Ho Chi Minh City attracts residents from all over Vietnam, so it’s the best place experience the amazing regional variation in Vietnam cuisine between the north, the centre and the south.

Myanmar is a paradise to discover, go and experience the mystical charms of the East in all its diversity - rich archaeological sites, glittering pagodas, a wealth of cultures, colorful festivals and arts. Myanmar is also blessed with an awe-inspiring range of natural sights - idyllic landscape, lush fertile...

Traveller around the world knows well place in Vietnam call Sapa ! Since the last few years Sapa have a new highway to attract a lot of tourists to make it mass, which other destination can visit instead, think about Ha Giang, the Geopark at the peak of North Vietnam